Want to get involved? Between the Executive Committee, Management Committee, Convenors & Representatives, UQMind, Incision UQ, Ashintosh Foundation and Rainbow Med – there are over 70 elected and appointed positions up for grab each year!

Check out the various positions within the UQMS in our flowchart, and  find the Position Description in the table below for more information! 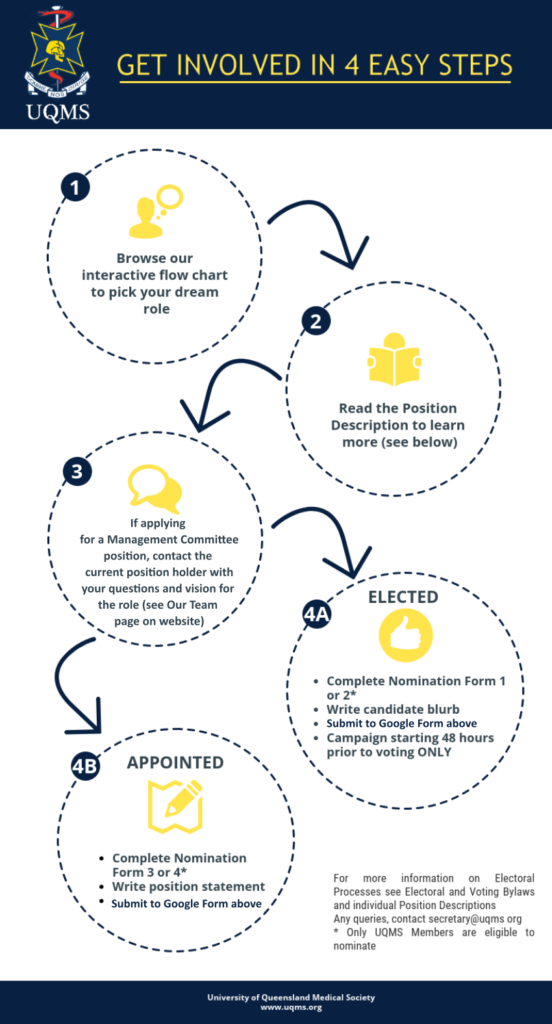 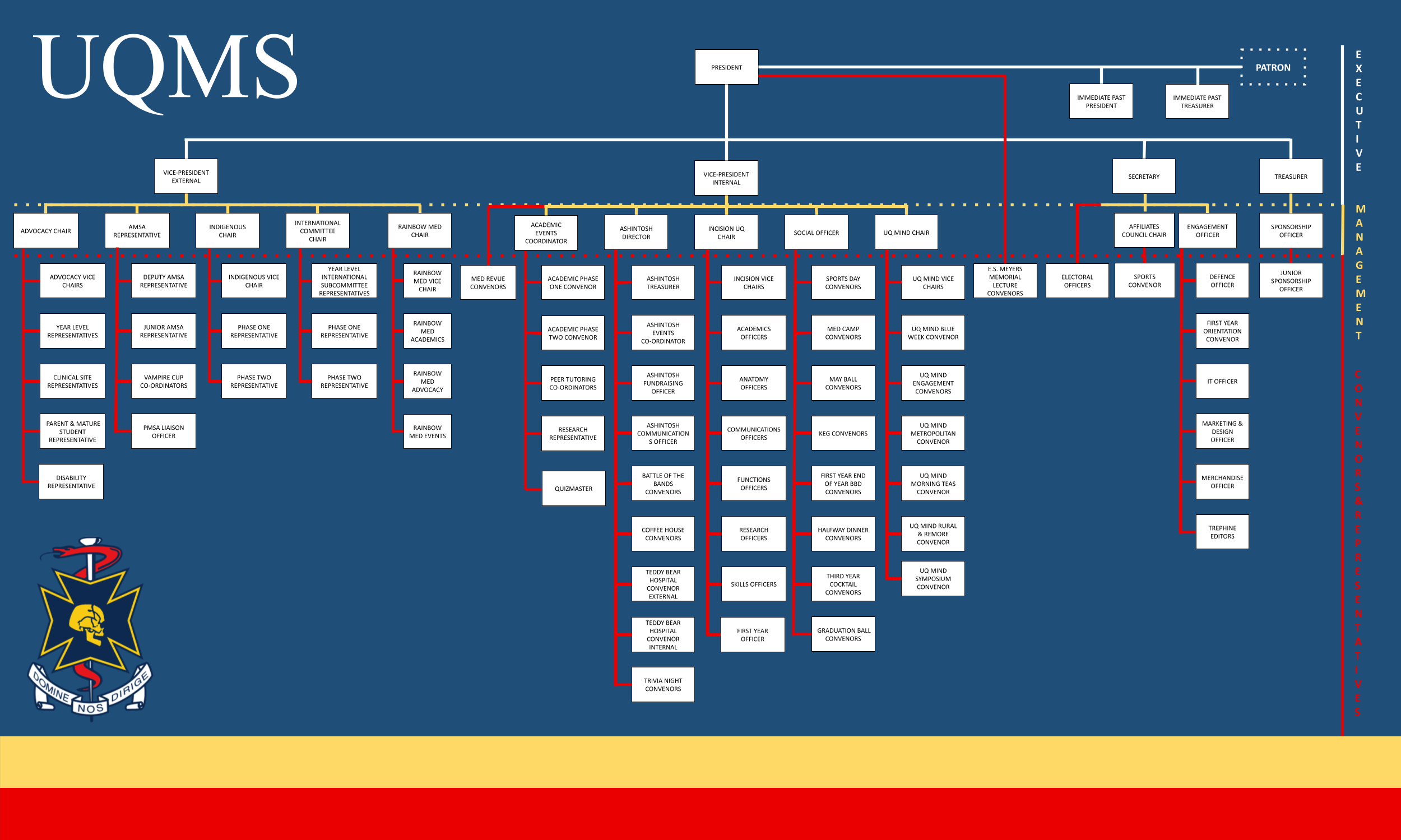 AGM was held on the Wednesday

How many positions can I nominate for?

You may nominate for up to two Executive Committee positions. You may apply for as many Management Committee and Convenor and Representative positions as you would like.

Where do I submit my nominations?

How many positions can I hold?

Executive Committee members can hold no other position within the UQMS.

Apart from the above, there is no limit on the number of Convenor and Representatives roles you may hold at one time.

I'm confused by the AGM Elections and Appointments Process, help?

First, nominations open for Executive Committee positions. Members then vote on these nominations. Winner are announced at the Annual General Meeting (AGM).

Next, nominations open for both Management Committee and Convenors and Representative positions.

Finally, Convenors and Representatives are elected by a vote by the General Members or appointed by relevant Management and Executive Committee members, as appropriate.

I’m not a member of UQMS - Can I still run for a role?

Only UQMS Members are eligible to run for nomination (UQMS By-Laws s5.2). If you are unsure of your membership, please email secretary@uqms.org. To be come a member click here. Please note your nominator and seconder should also be UQMS members!

Who do I contact if I didn't get an email with a link to vote?

Please send an email to elections@uqms.org.

Can I run on a joint ticket with my friends?

Some positions (e.g. May Ball, Trephine, Med Revue Convenors) are held by a group, and you are welcome to nominate with your friends (see Forms 2 and 4). However, individuals running for different UQMS roles held by one person may not run for a joint ticket and may not provide endorsements for one another. See UQMS By-Laws s5.7- 5.8 for more information.

What is the “Re-Open the Vote” option on the voting form?

This allows voters to call for nominations to be re-opened if they feel there is no suitable candidate for the position. If it is selected by at least 50%+1 of the voting members, nominations for that position will reopen and a second voting period will be organised to fill the position. See UQMS By-Laws s8.6 and 11.4 for more information.

Can I set up a Facebook page or event to campaign?

Yes, as long as you open it maximum of 48 hours before voting opens and it is not affiliated with any UQMS pages.  See the UQMS By-Laws s9 for more information.

Please also see the UQMS Social Media Campaigning Policy, to ensure you are in compliance with election rules. If you, or anyone who posts on your Election Facebook Event/Page, is in breach of these rules you may be disqualified and removed from the electoral ballot.